We are a country that runs on forms. There are forms for everything everywhere you go. Some forms are made of paper, other are pictures on your computer screen. You need forms to get a credit card. You fill out a form to get your driver’s license.

You fill out a form when you start drawing Social Security. Someone fills out forms on your behalf when you are gone.

Forms are almost universal. If you have seen one, you have seen them all. Well, this is not true when it comes to hiring a subcontractor. Each subcontractor and each contractor has his own form and each state, and most municipalities have different information that they want on the forms.

Part of the problem is our terminology. If our air conditioner breaks in mid-July, and you live in the south, you call the air-conditioning  repair person. He is a contractor. He knows one thing (well he probably knows a lot of things, but you are paying him for one thing, which he does pretty well.) However, this same person could also be a subcontractor. When he is in that role, he does not deal with the customer. He deals with the contractor who is supervising the building of the new house or department store.

The same is true for bricklayers, carpenters, plumbers and all the people you have hired over the years. You just picked up the phone and call them, and they came to fix your problem.

When you get into major projects, then the bureaucracy kicks in, and you deal with a contractor who hires the subcontractors. Thus, if you are considering building a house, you can be the contractor. You can hire one, who will coordinate all the activities of the subcontractors. He will handle all the complaints about one contractor getting in the way of the other, listen to your idea about some “minor changes” you would like to make in the plans—changing from an eight-foot ceiling to a 10-foot  ceiling should not be too hard. The contractor will run interference for you.

If you are doing a small project or need something fix, ask around. Check the Internet with all its lists of trusted people. However, sometimes you may have to be the contractor. You hire an electrician, a plumber, a painter and your work is proceeding well until someone says, “wouldn’t that look better over there.” If you hear a collective sigh, you will know that you have become a contractor. 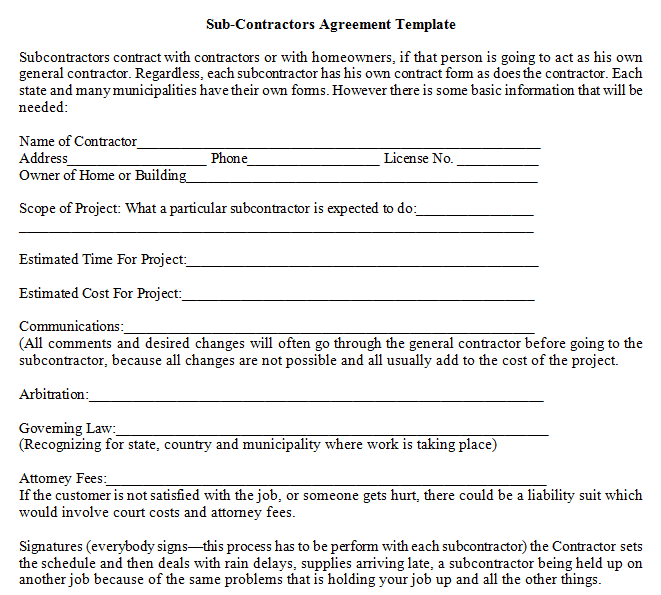