A letter of authorization is a formal document that gives an individual or business the right to represent you in specific situations. This is also known as naming a proxy to act for you. An authorization letter sample could enable someone to sign financial papers for you.

A letter of authorization sample names three parties. They are:

Each must be specifically named in the authorization. Address the letter to the second party.

An authorization letter sample includes the full names, titles, and addresses of all parties involved. It must be dated, and it must specify the time period for which it is valid. Experts recommend stating a specific range of dates, such as from November 15, 2016 to November 20, 2016. However, it is also acceptable to state that the proxy is valid for xx days, beginning with a specified date.

It’s mandatory that an authorization letter sample list the specific ways in which the proxy will represent you. You can also include a statement limiting the proxy’s actions to only one aspect of an activity or transaction.

The perfect authorization letter is brief. The more information you include, the more potential there is for confusion in interpreting your intentions. Use concise wording that conveys a precise meaning.

Avoid abbreviations, even those known to everyone involved. The letter should be typed in standard letter form. Handwritten instructions should be avoided. Depending on the extent and purpose of the authorization letter, you may want to have your signature notarized. 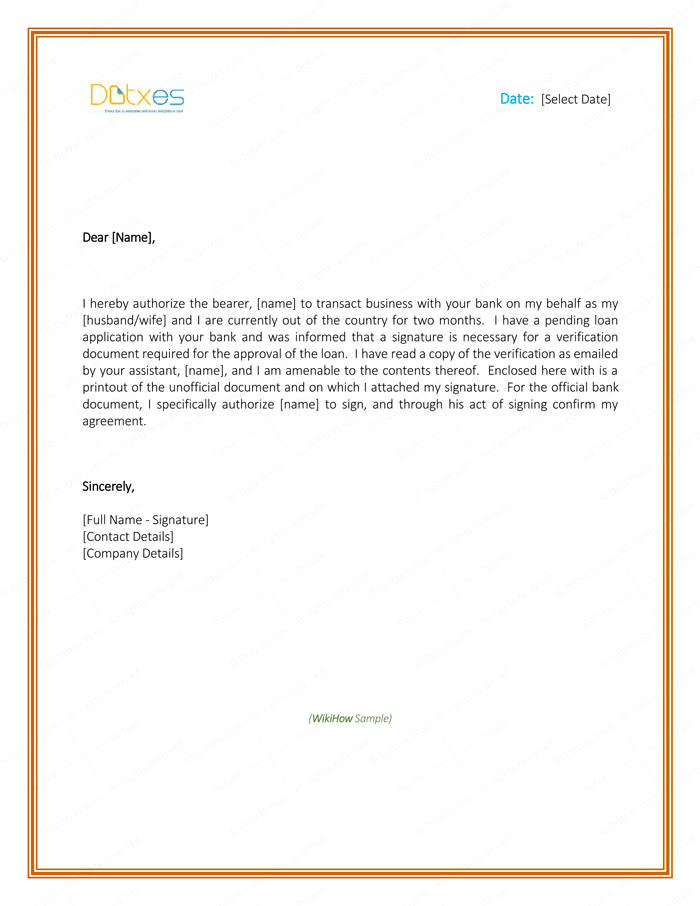 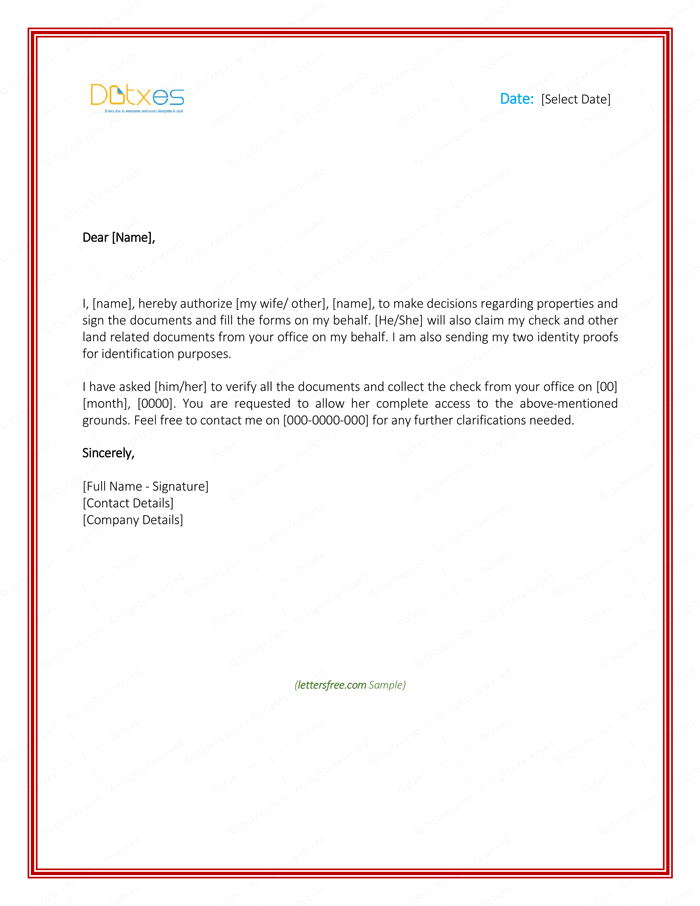 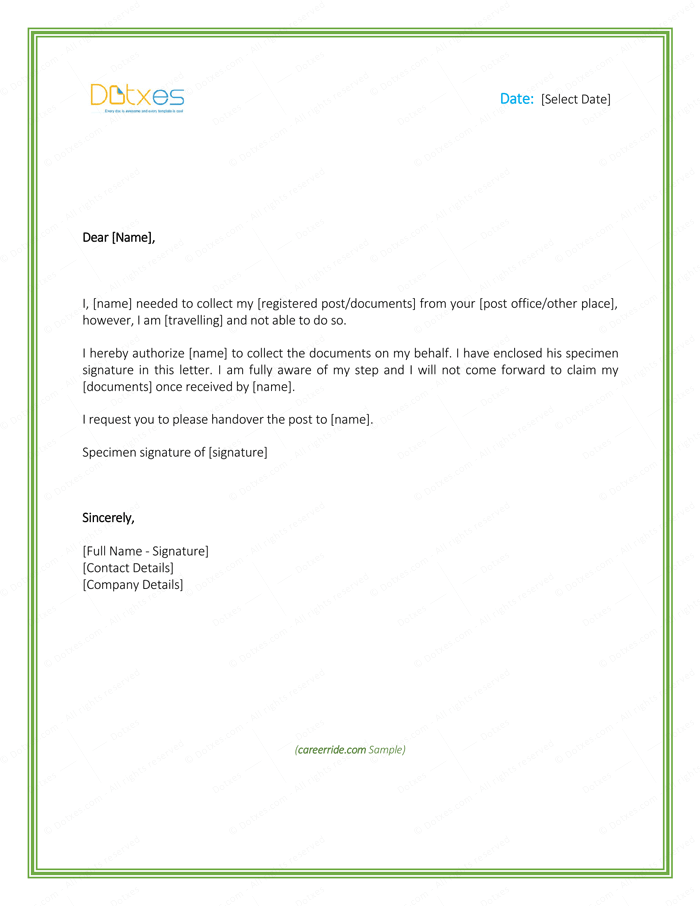 Authorization Letter to Pick Up, 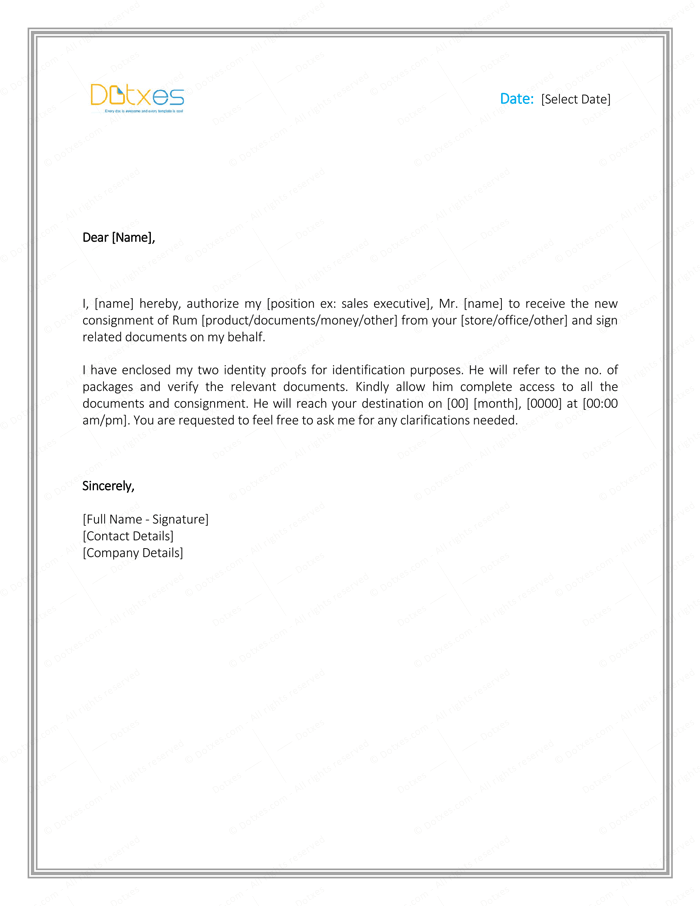 Sample Letter of Authorization to Represent, 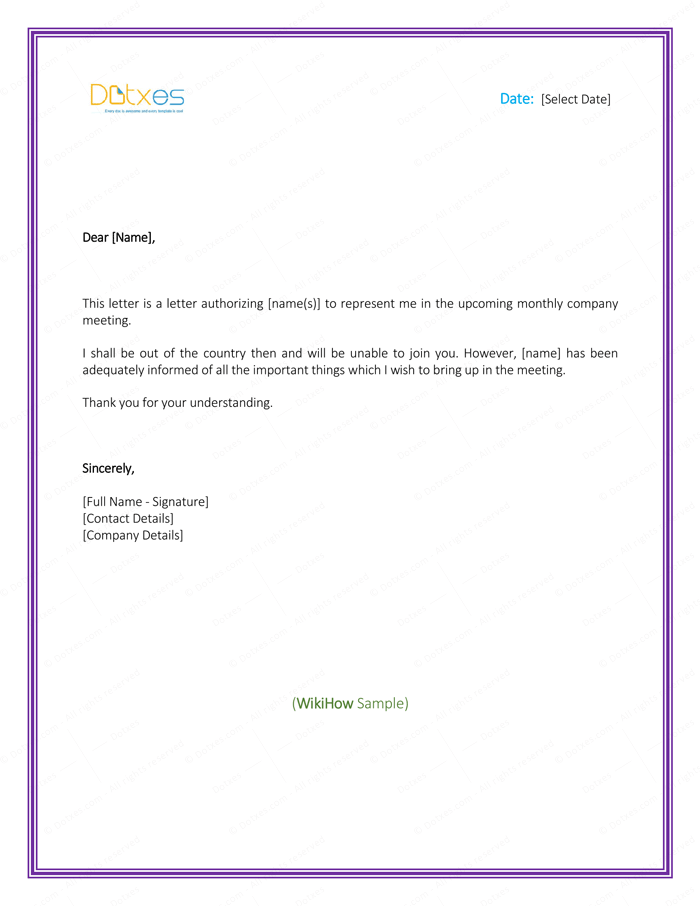